I consider myself very blessed in the family department. I have a loving biological family and my younger brother is one of my favorite people in the world. In recent years my family has grown with the addition of my sister-in-law and nephew. Besides my biological family, I've also had the opportunity to have been "adopted" by awesome people who've been like second families to me.

I grew up in Houston in the suburb that NASA built called Clear Lake. We moved there when I was eight and I quickly made friends with our neighbors. Our street was a safe place full of kids where everyone played outside almost nonstop. My brother and I would run around and play with our friends, moving from house to house. I spent just as much time at the Regans', Patels' and Harnlys' as I did at my own house. My parents became good friends with the Harnlys and they soon became like second parents to me with their daughter, Jocelyn becoming the younger sister I never had. Throughout the years, they have loved and supported me as if I were their own child. Their relationship in my life is so precious. Mr. Harnly will even sign cards "Dad 2." 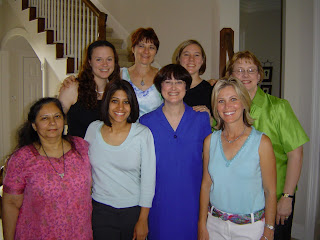 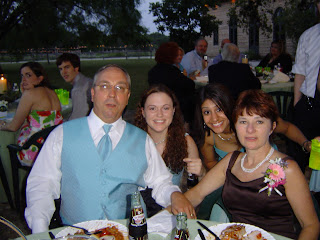 Me and Neha Patel with Our Second Parents, The Harnlys

I've lived in Hawaii on and off for a total of about 3 years. Because of the nature of our work: training and discipling missionaries to go overseas, I have spent most of my time getting to know the students who come through but not getting to know many people in the community. I definitely regret this as I prepare to leave Hawaii, possibly forever. During this last DTS I staffed, I had a student named Shannon who is from Maui. She is now my SBFM student and one of my closest friends here. It's been an interesting experience to be friends with someone who is actually from here and not just here for a few months. She corrects my pathetic pronunciation of Hawaiian words and my mislabeling of beach names. She also teaches me Hawaiian words like pau, shoyu and saimin. One of the best perks to being friends with Shannon, besides learning where to get the best shave ice, is her family. I finally have a surrogate family in Maui just as I am leaving. They live in a comfortable house about 20 minutes away from our house. I have been there countless times to relax and get away from the crowded, dilapidated house I currently live in. They have a nice TV, a hot tub and they've given me full refrigerator privileges, something I don't even have here in my YWAM house. I've spent many Saturdays there commandeering their TV all day to watch college football. (Thankfully they are also fans.)

One Saturday, we took Shannon's truck to the beach and her dad ended up driving my car back to his house. When I got my car back, he'd changed my oil and filled my tank with gas. What an unexpected blessing! Uncle Jim has done many other dad-like things that I appreciate so much since my dad is so far away. When he heard about our insect and rodent problem, he bought poison for us to spread around and gave us tools to defend ourselves from angry demonic centipedes. Then later, he spent hours at our house cutting down the tall grass where the centipedes hang out. He ended up killing about a dozen of them.

They've also blessed other YWAMers by having groups of us up to their house for meals. On Thanksgiving, they made an amazing meal for a dozen of us. I've also been invited to various events with their Maui extended family. I've been to several birthday parties and family dinners. They've really made me a part of their family and it makes living here so much better. I know I am going to miss the Walshes - my Maui Family, so much when I leave. 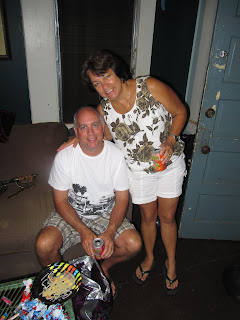 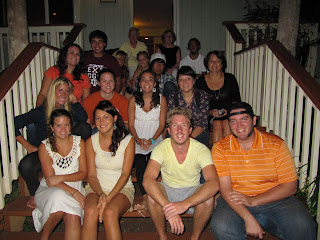